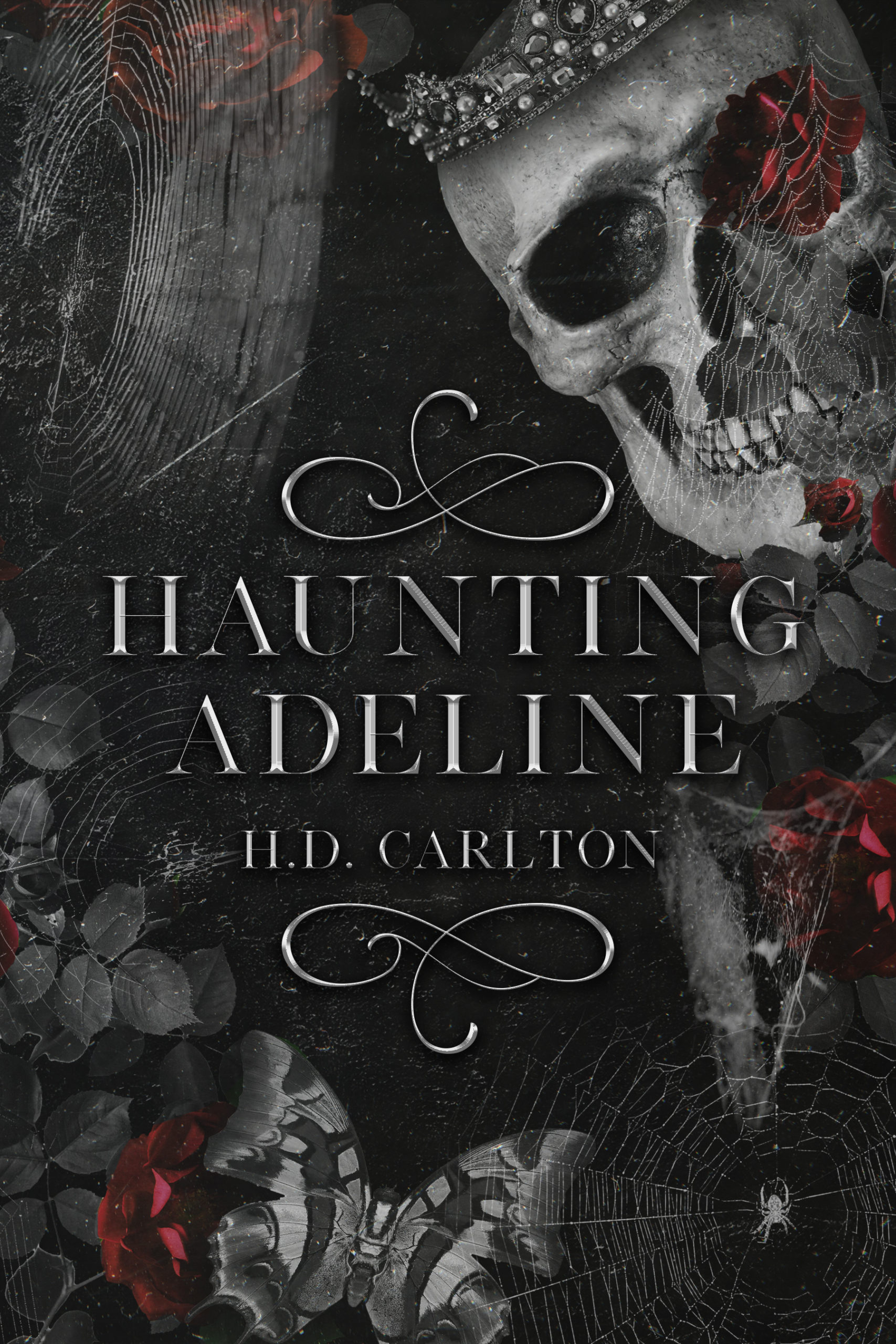 Warning: This book ends on a cliffhanger. It is a dark romance that contains graphic violence, dub/non con and stalking between main characters, explicit sexual situations, kinks such as degradation, gun play, and somnophilia, and deals with subject matters such as child trafficking, child deaths, and human sacrifice.
Buy Now
LEARN MORE

I can manipulate the emotions of anyone who lets me.
I will make you hurt, make you cry, make you laugh and sigh.
But my words don't affect him.
Especially not when I plead for him to leave.
He's always there, watching and waiting.
And I can never look away.
Not when I want him to come closer.

I didn't mean to fall in love.
But now that I have, I can't stay away.
I'm mesmerized by her smile, by her eyes, and the way she moves.
The way she undresses...
I'll keep watching and waiting. Until I can make her mine.
And once she is, I'll never let her go.
Not even when she begs me to. 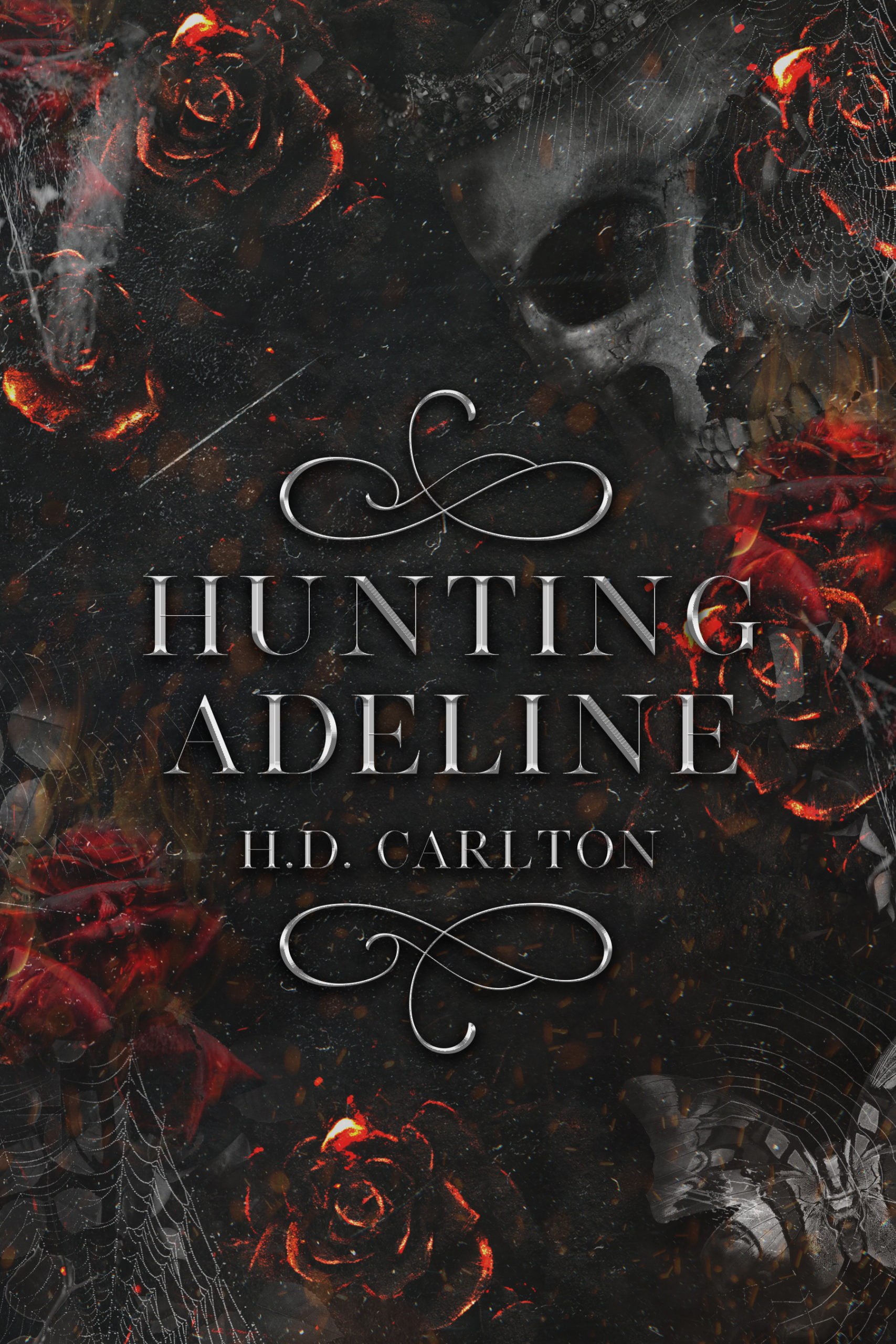 Death walks alongside me,
But the reaper is no match for me.
I'm trapped in a world full of monsters dressed as men, and those who aren't as they seem.
They won't keep me forever.
I no longer recognize the person I've become,
And I'm fighting to find my way back to the beast who hunts me in the night.
They call me a diamond,
But they've only created an angel of death.

I was born a predator,
With ruthlessness ingrained in my bones.
When what's mine is stolen from me in the night,
Like a diamond hidden within a fortress,
I find that I can no longer contain the beast.
Blood will paint the ground as I tear apart this world to find her.
And bring her back to where she belongs. No one will escape my wrath,
Especially not those who have betrayed me. 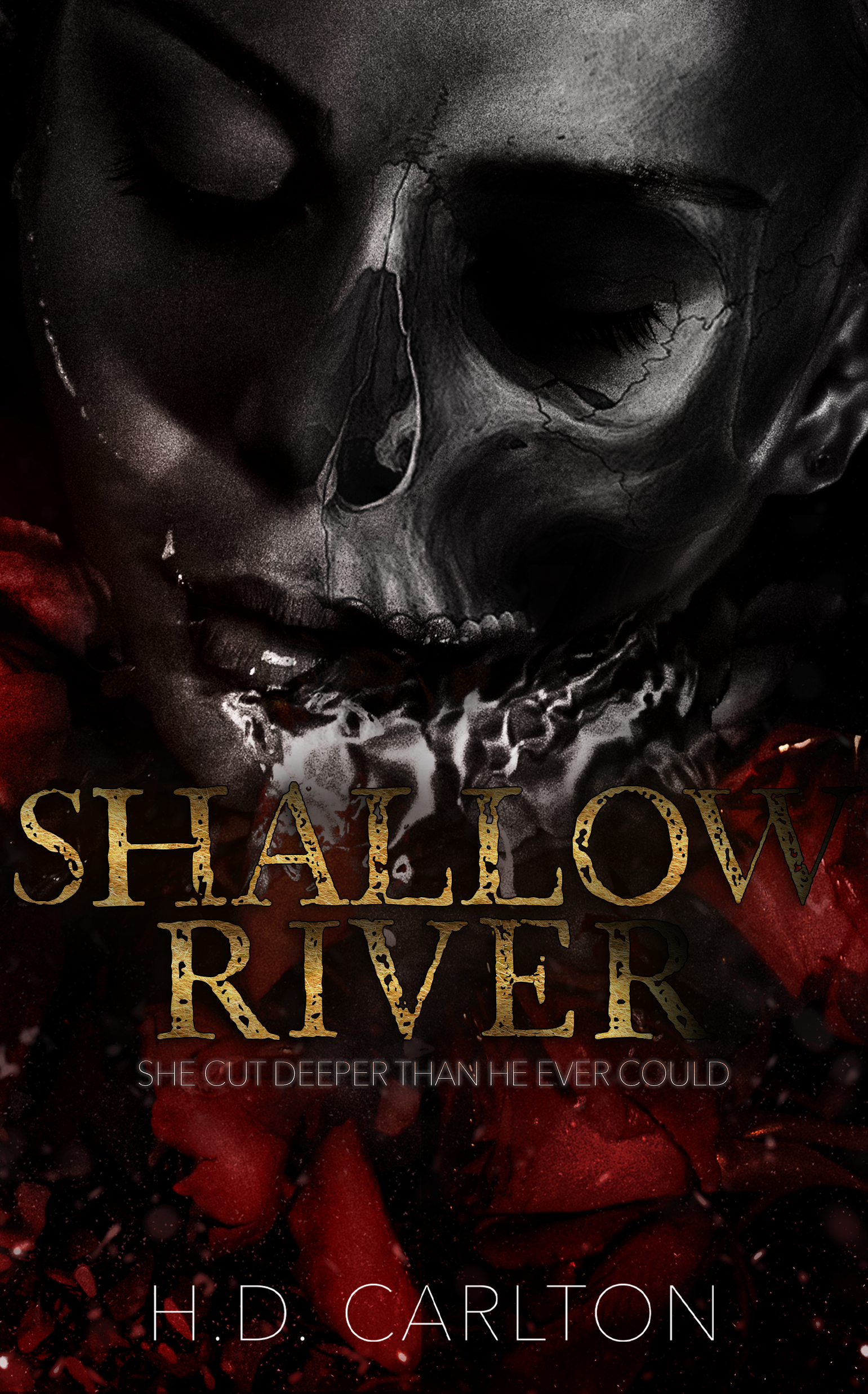 Shallow River is where souls suffer slow and miserable deaths.

When River McAllister escaped from Shallow Hill, she left her innocence behind--and some of her sanity, too. Now she's rebuilding her life with her dream man and life couldn't be better.

Ryan Fitzgerald is everything you'd want in a man. Attractive, rich, an aspiring lawyer, and would do anything to keep River. But that's not the only thing that attracts her. It's his attentiveness, his possessiveness... maybe not so much his temper.

When her relationship takes a dark turn, Ryan's estranged brother, Mako, is the only one who sees it. He knows exactly what Ryan is capable of, and it's not the first time he had to be a knight in shining armor.

River came from Shallow Hill, though. She's never needed saving before. What Mako doesn't see, is that River is perfectly capable of taking care of herself.

The only one who should be scared is Ryan. 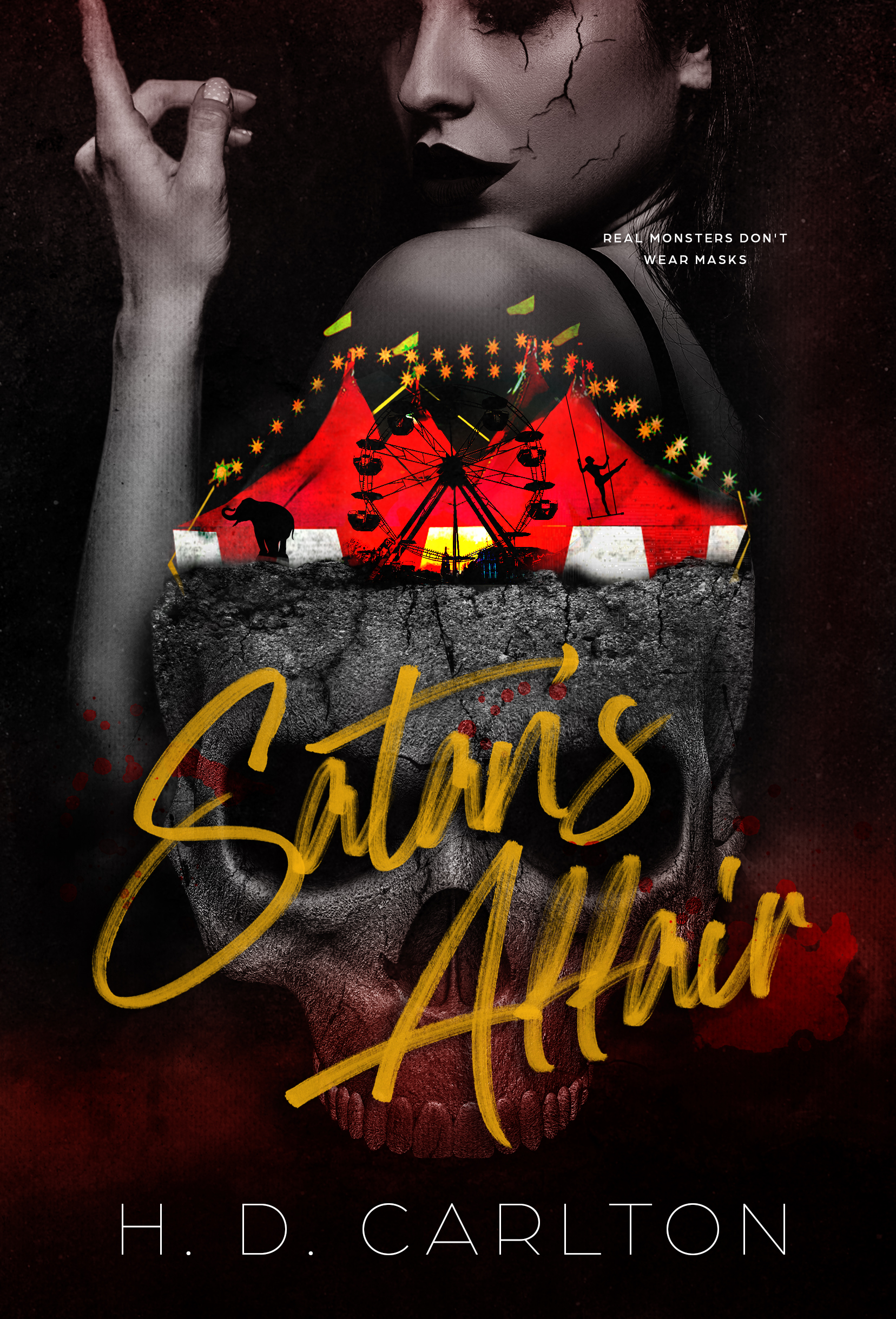 Every Halloween, Satan's Affair will come to you. We travel the country, offering terrifying haunted houses, thrilling rides and the tastiest food.

And with every passing town, I cleanse this world, one execution at a time.

I hide within the walls, casting my judgement for those that reek of evil, singing lullabies to their rotting souls. Once you've been chosen, there's no escaping my henchmen—they cater to my every desire.

You can run and you can hide, but it only excites me.

Take a walk through my dollhouse, where your screams will blend and your cute little pleas will go unanswered.

But I can't promise it'll be over quickly...

Warning: This is a dark romance that contains very triggering situations such as graphic violence and gore, graphic murder, graphic language, suicide ideation, mentions of suicide, depression and anxiety, PTSD, near-death situations, stranded in the middle of the ocean, dub/non-con, mentions of incest and pedophilia (not depicted), child abuse, mentions of rape and other forms of abuse, kidnapping, and explicit sexual situations for 18+. There are also particular kinks such as autassassinophilia (arousal by risk of being killed), breath play, degradation, and sadomasochism.
Buy Now
LEARN MORE

I've forgotten the answer to that question long ago. Ever since I ran from that house, so desperate to escape, I left with only the clothes on my back and socks on my feet. After that day, I've only ever walked in stolen shoes.

Could I be a girl who is searching for the meaning of life in faceless men? They were all so forgettable. Until he came along. He took me under a waterfall and made me forget my name, and in return, I took his instead.

An enigmatic man that will only ever love the deep sea. Or rather the predators that inhabit it. Turns out, he's not so different than the monsters he feeds. He lured me onto his boat like a fish in the ocean, seeking vengeance for my crime. Had I realized his intentions, and that a massive storm would leave us shipwrecked, I would've ran.

Now, I'm a girl who's seeking refuge in a decrepit lighthouse with a man who loathes me almost as much as he craves me. He wants to hurt me, but the old caretaker of the abandoned island may have intentions far more sinister.

It's no longer a question of who I am, but rather, will I survive? 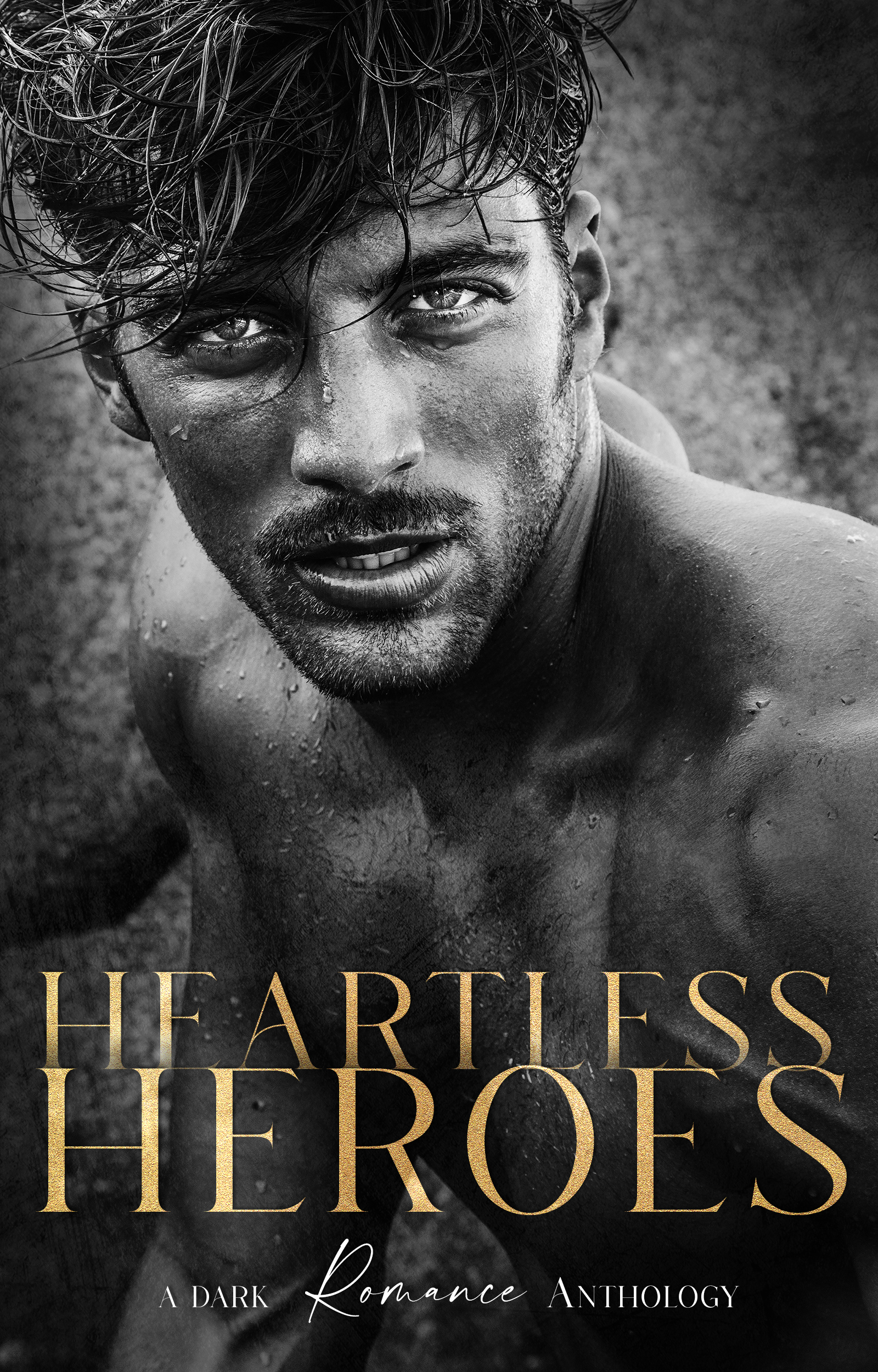 Murderer.
The name is stained onto my back as I walk the halls of Godric University. It's where the elite send their unruly prodigies to be reformed so we will become more successful than our predecessors. Really, it's where we let the worst of ourselves run wild.
Here, I'm nothing more than the student who brutally killed his ex-girlfriend and got away with it. I've proclaimed my innocence, but I've already been condemned. And her twin brother demands I confess.
Link Mason.
The man who was like a brother, but now would rather be my executioner. We were close once—something I convinced myself was nothing more than friendship, despite how deeply I craved him.
He's everywhere I go, and I can't escape him or his sister's death. I'm trapped in this place with what they think I've done, and with the person who actually did it.
Now it seems, I've become the next victim. Link is the one other person who would like to see me dead, but may be the one to save me. 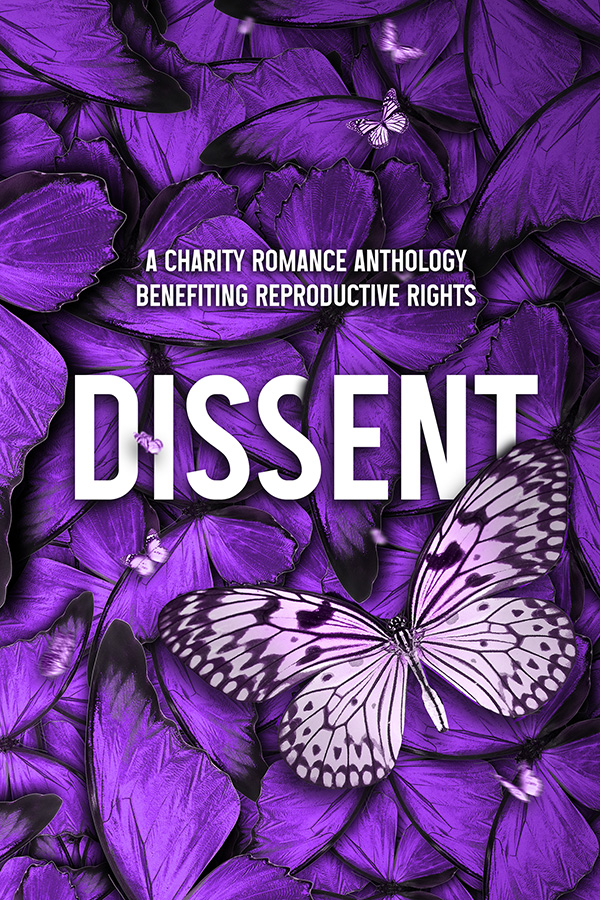 Warning: This is a anthology has a scene for the Cat and Mouse Duet. Profits were donated to three charities for woman's reproductive rights.
LEARN MORE

DISSENT is a charity romance anthology with NEW, never before published content from over 150 authors of all romance genres is LIVE! All proceeds from the eBook and paperbacks will be donated to organizations benefiting reproductive rights in the United States, particularly in areas where people need them more than ever.